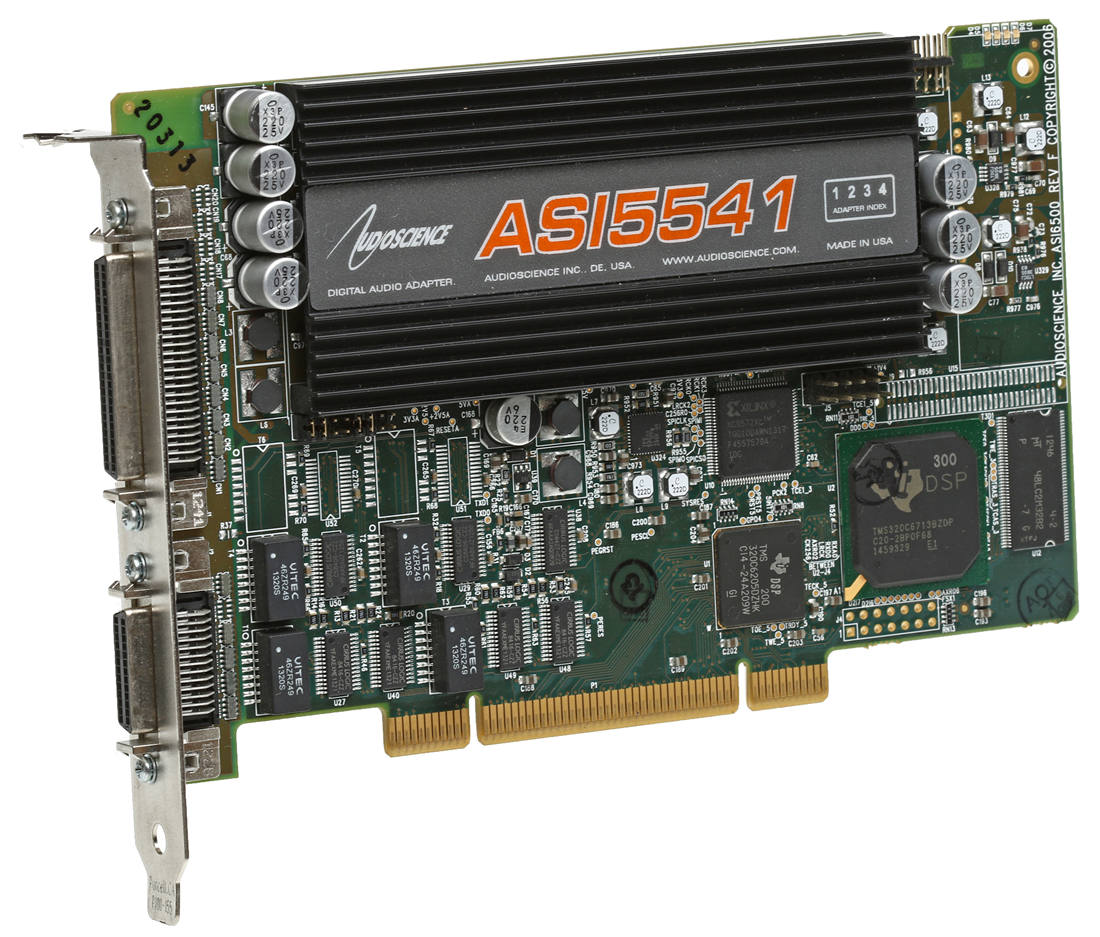 Lightly used and tested to confirm that it works as it should. No cables are included, however check my other listings for a Audioscience BOB1024 breakout box which offers a convenient method of presenting digital or analog audio inputs/outputs on a rackmounted XLR patch panel.

The ASI5541 is a professional PCI sound card designed for use in the installed sound, entertainment, and broadcast markets.

Providing up to 12 stereo play streams that are mixed to 4 outputs and up to 8 record streams fed from four stereo inputs, the ASI5541 features AudioScience’s unique “anything to anywhere” routing and mixing.

For emerging surround sound applications, SSX2™ mode allows multichannel streams of up to 8 channels to be played and mixed. 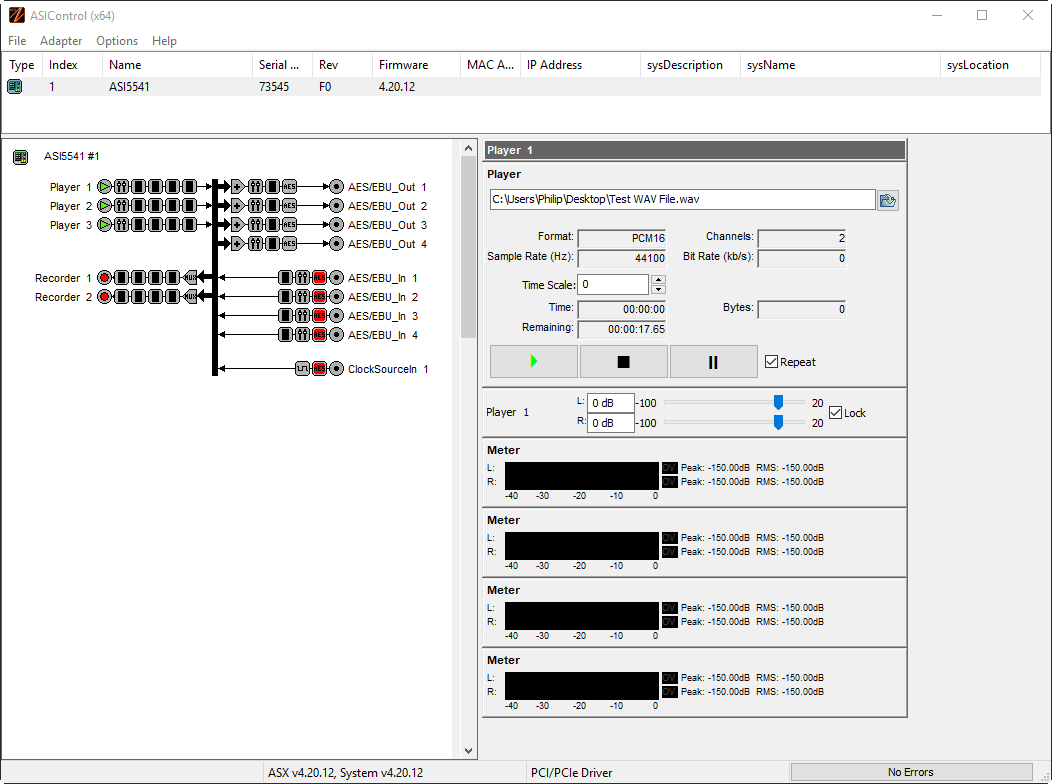 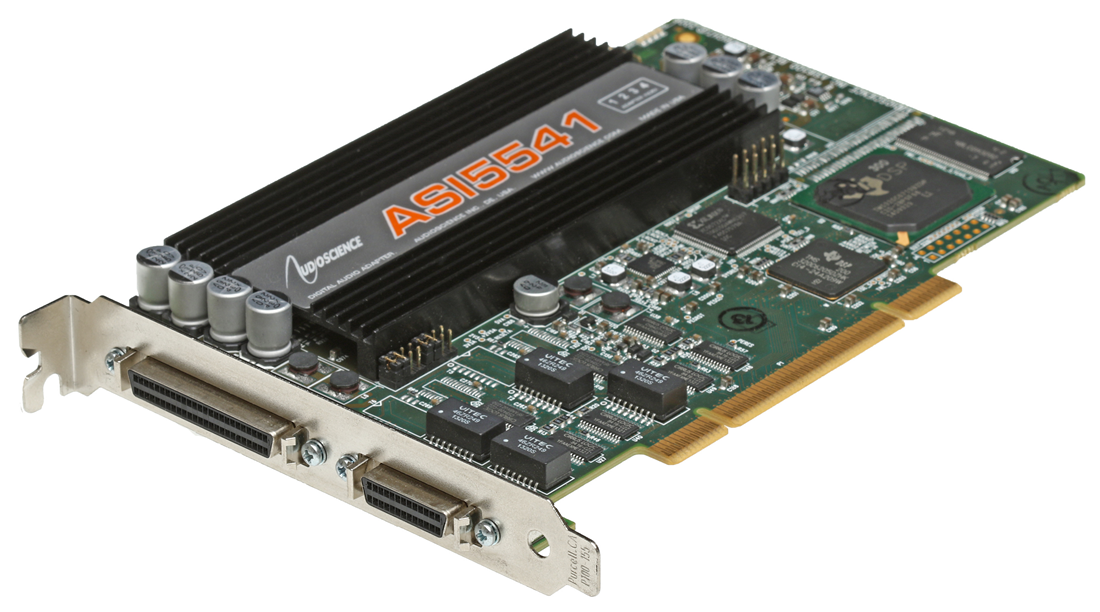 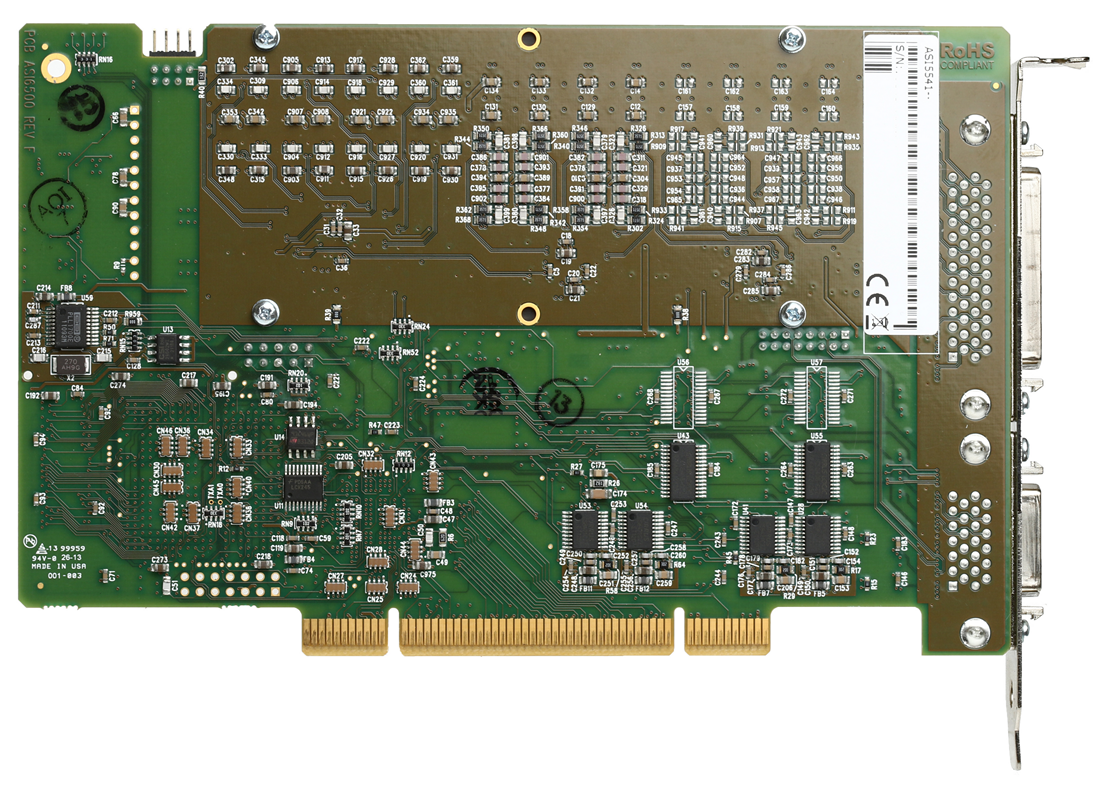