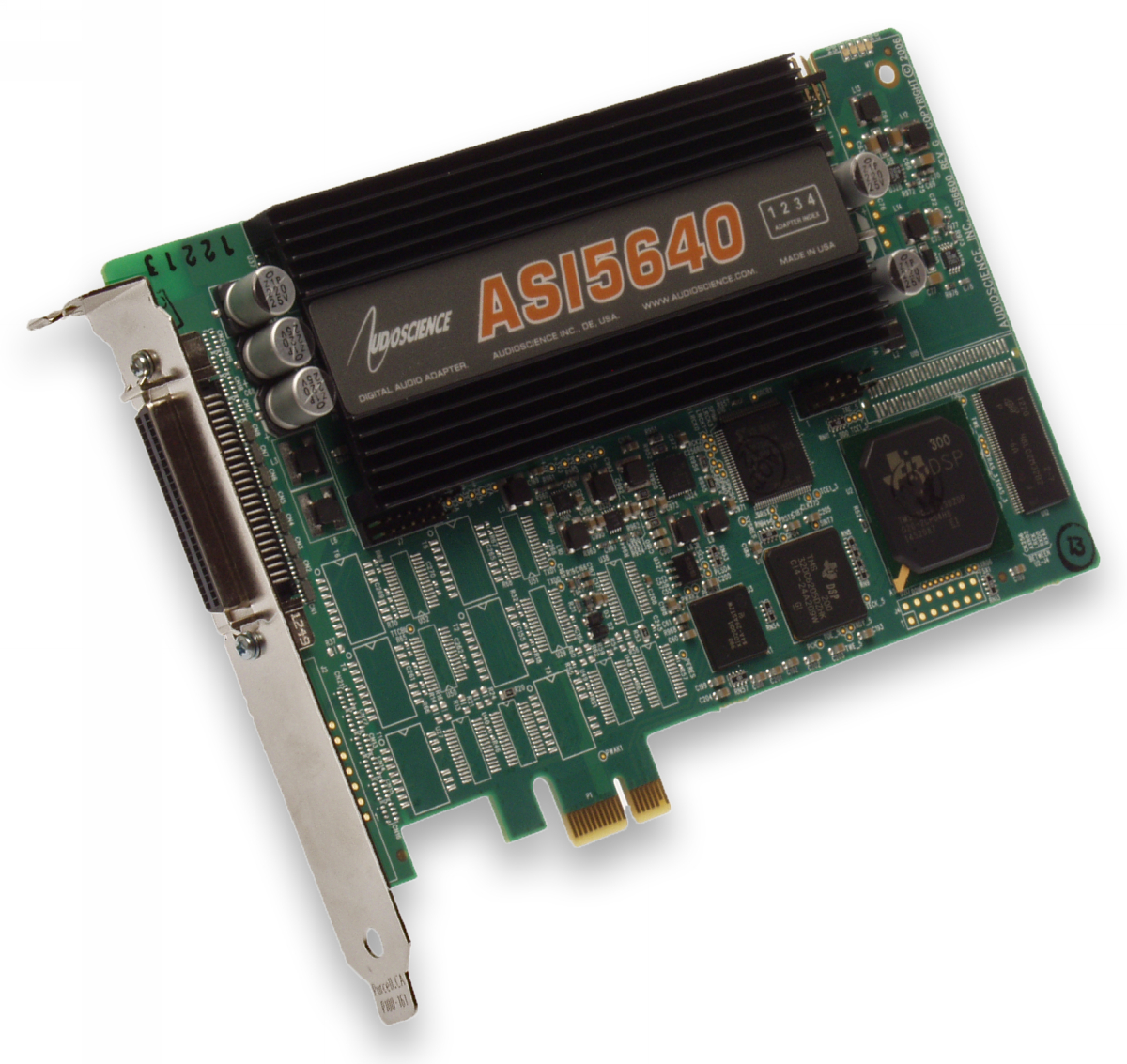 Bare card, no cables included. Card has been tested to confirm correct operation under Windows 10 64 Bit. I usually have the AudioScience BOB1024 breakout boxes available which provide a durable and versatile XLR interface - and one that's interchangeable between the different ASI cards.

In summary, AudioScience cards are purpose-designed for multi-channel broadcast use. They are supported by most of the main playout and automation software packages straight out of the box and allow each multiple streams each to have its own independent channel with the level controlled either by the software or by the fader on the console.

Having four physical playback channels gives you everything you need for the modern studio - three channels can be used to give you triple overlap voicetracking so that your prerecorded link can be played simultaneously over a segue. The remaining channel(s) can then be used for your PFL/Cue - or maybe for the output of your cart wall application. Up to 8 ASI cards can coexist a single system giving you almost limitless permutations of record and playback channels. 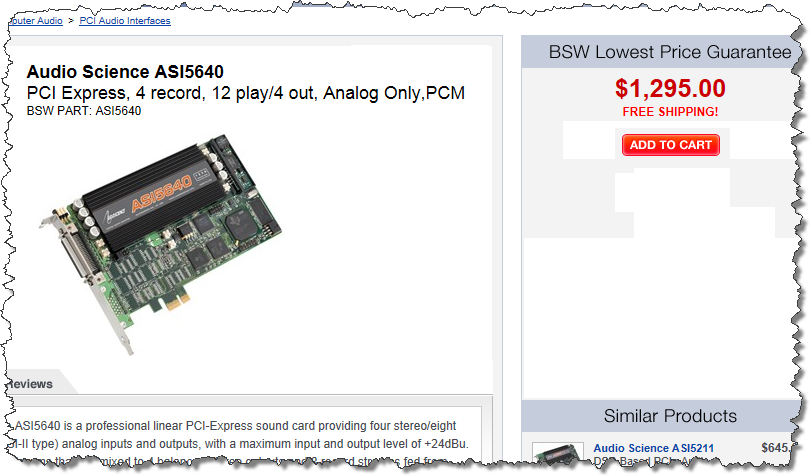 The ASI5640 is a professional PCI Express sound card designed for use in the installed sound, entertainment, and broadcast markets.

The ASI5640 has analog I/O only with a maximum analog input and output level of +24dBu.

Uncompressed PCM, in a choice of precision is available for both recording and playback.

For emerging surround sound applications, SSX2™ mode allows multichannel streams of up to 8 channels to be played and mixed. 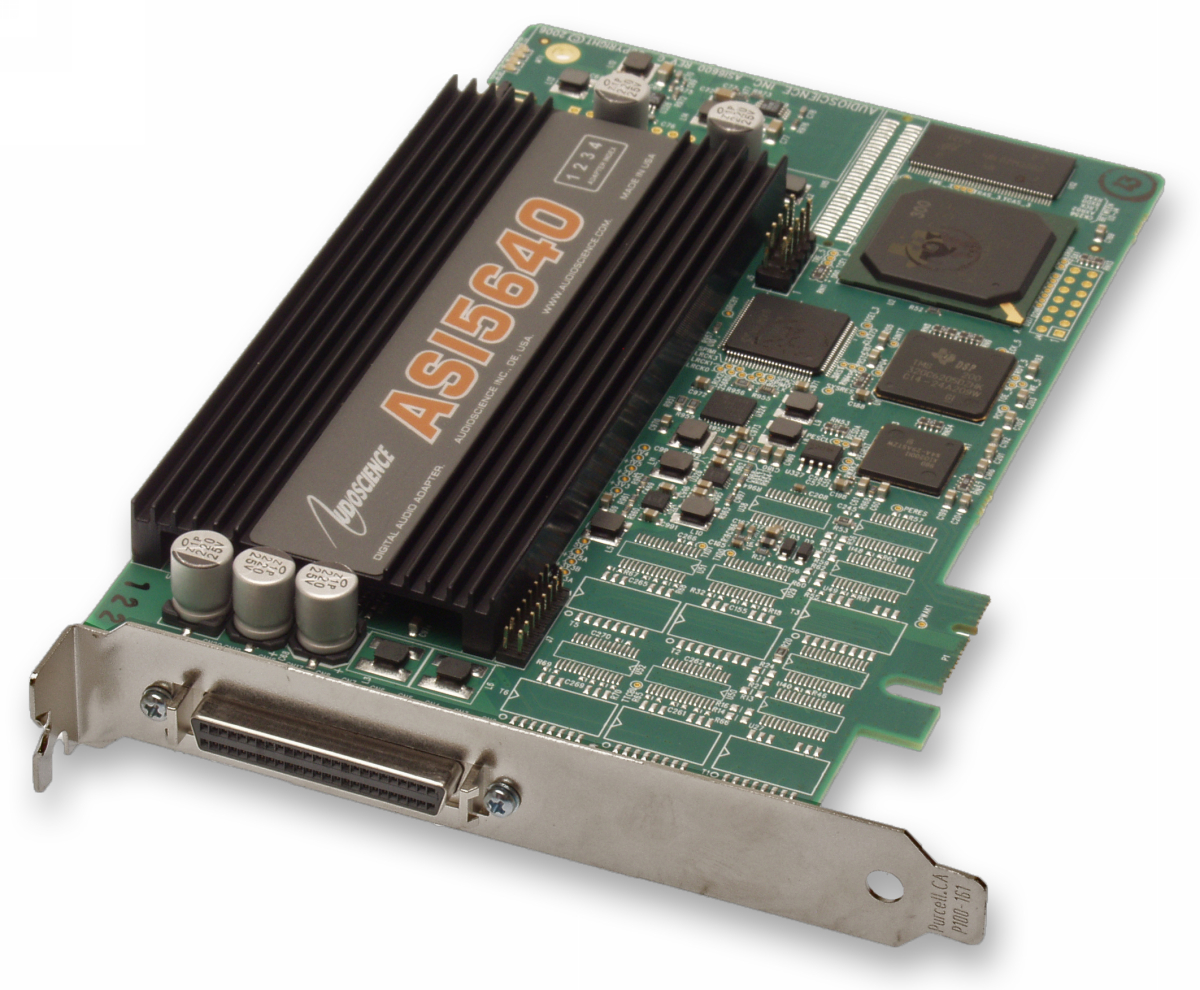 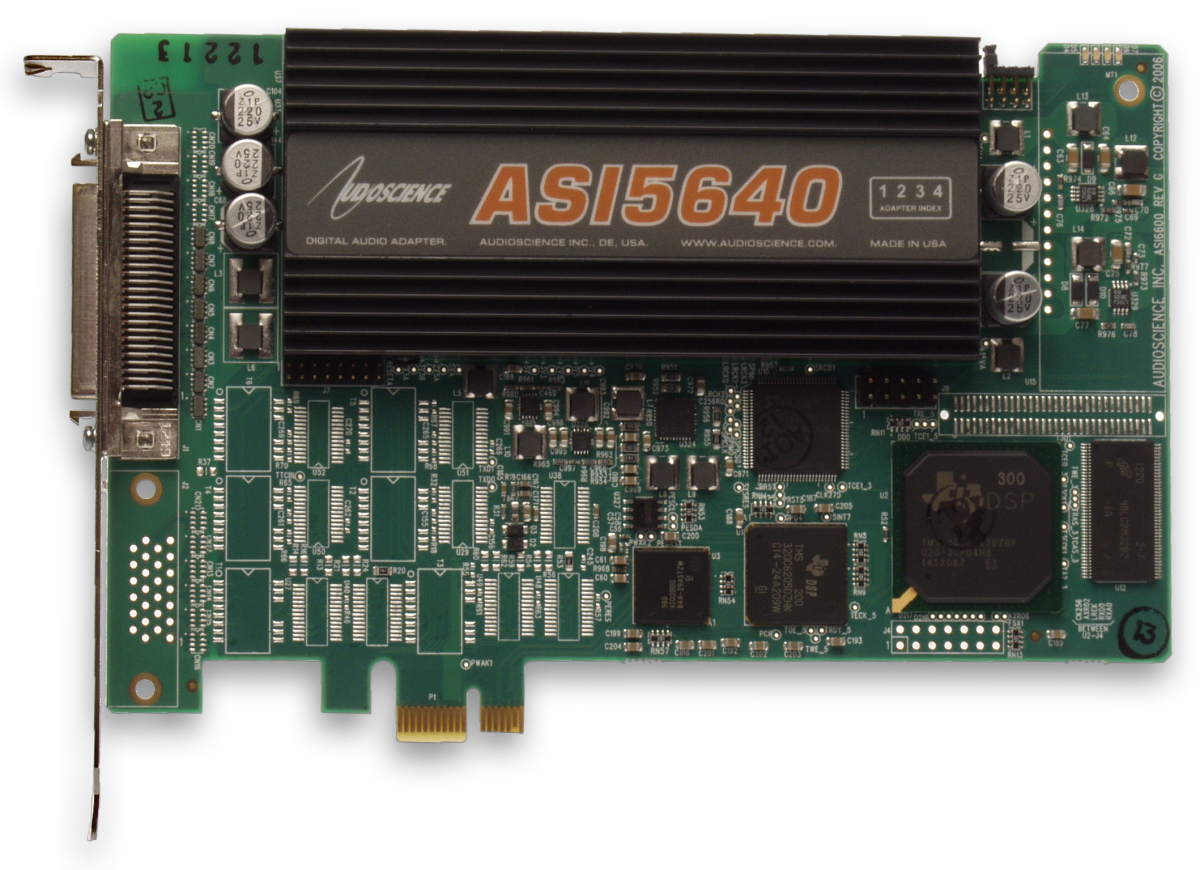 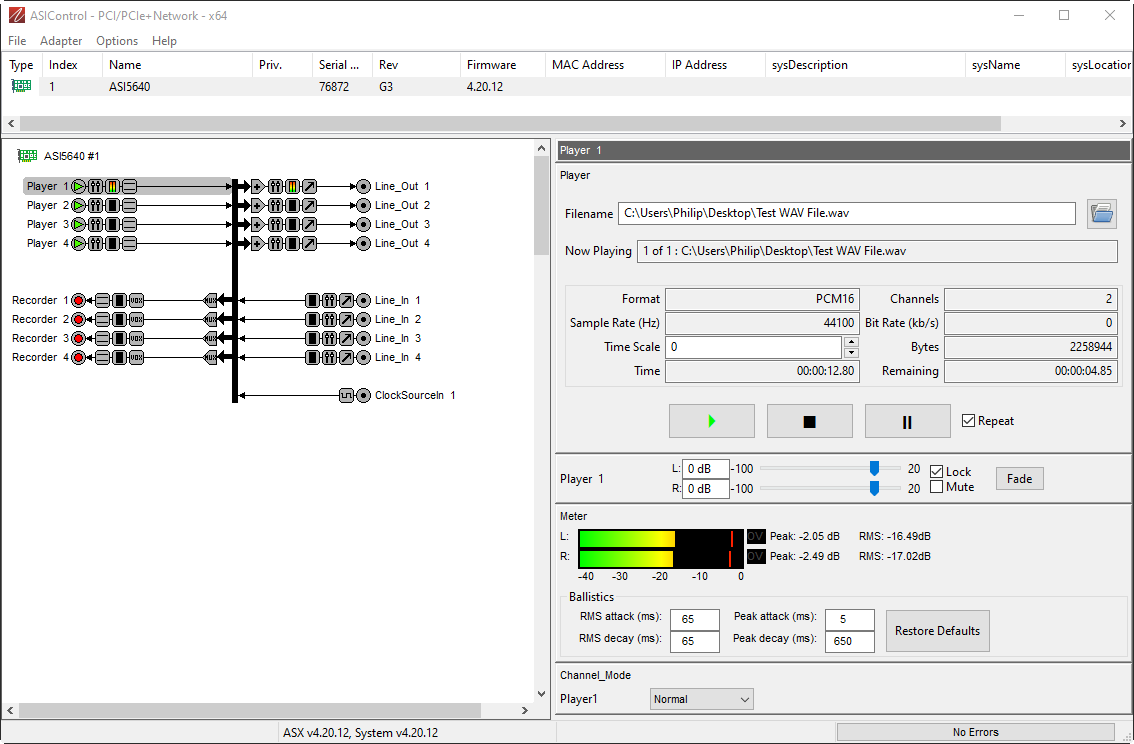 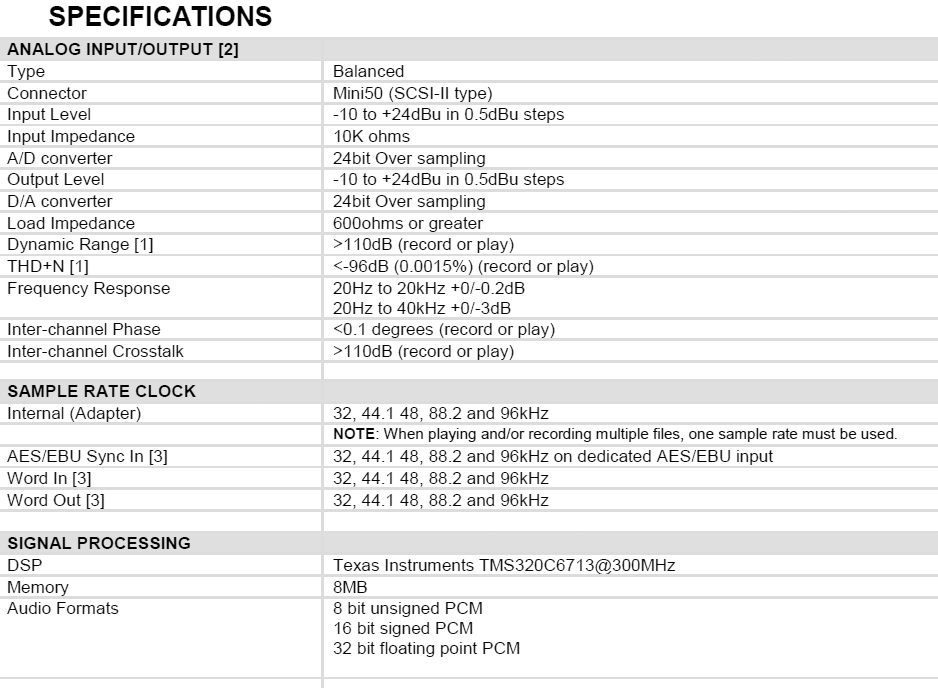 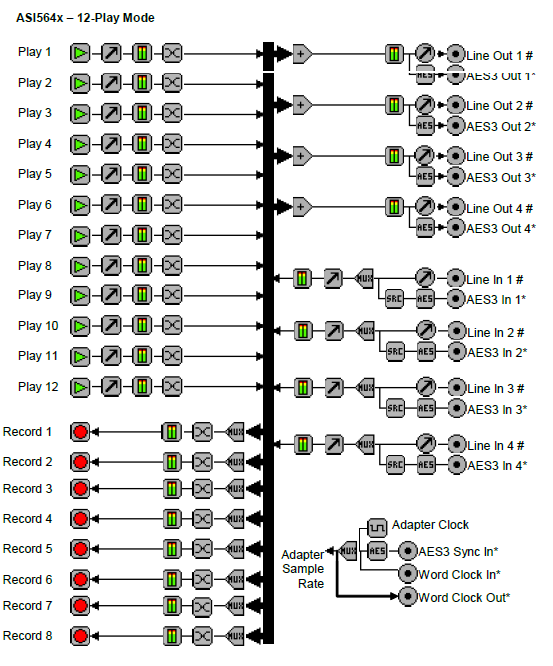 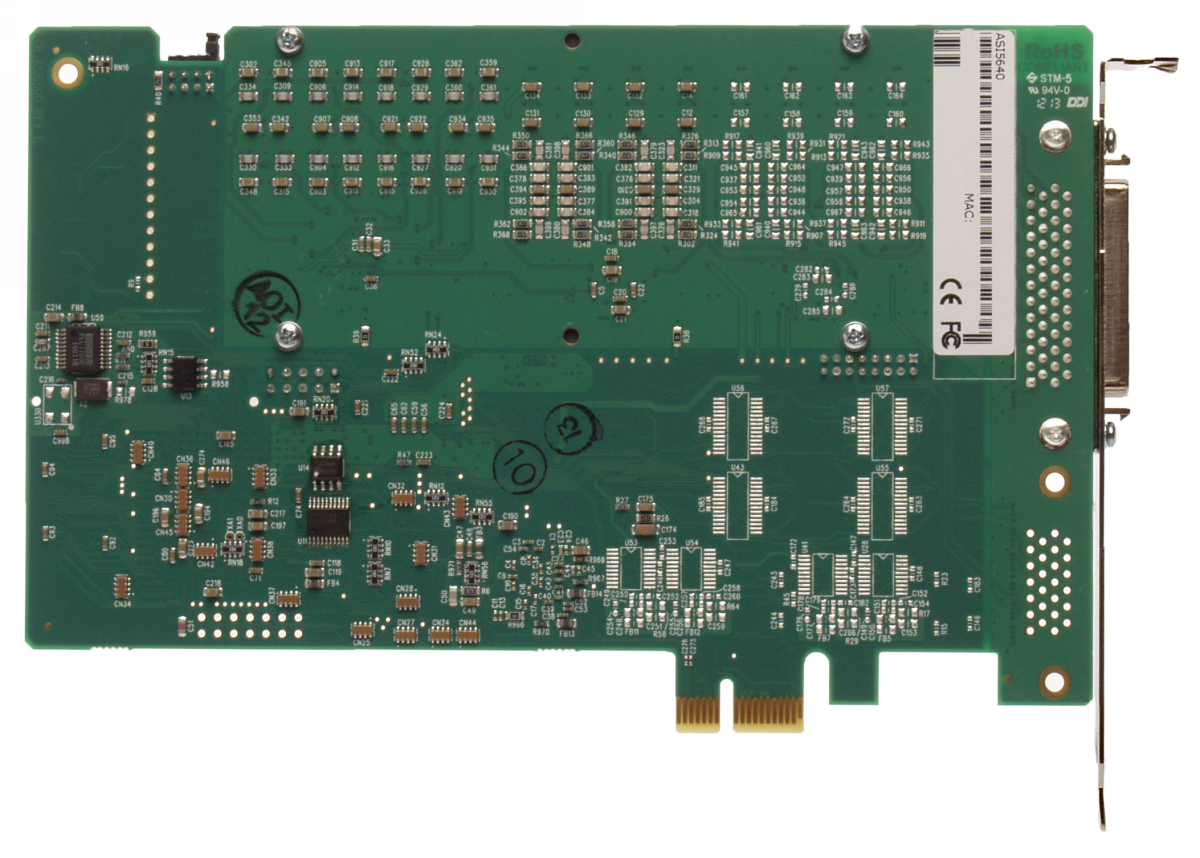