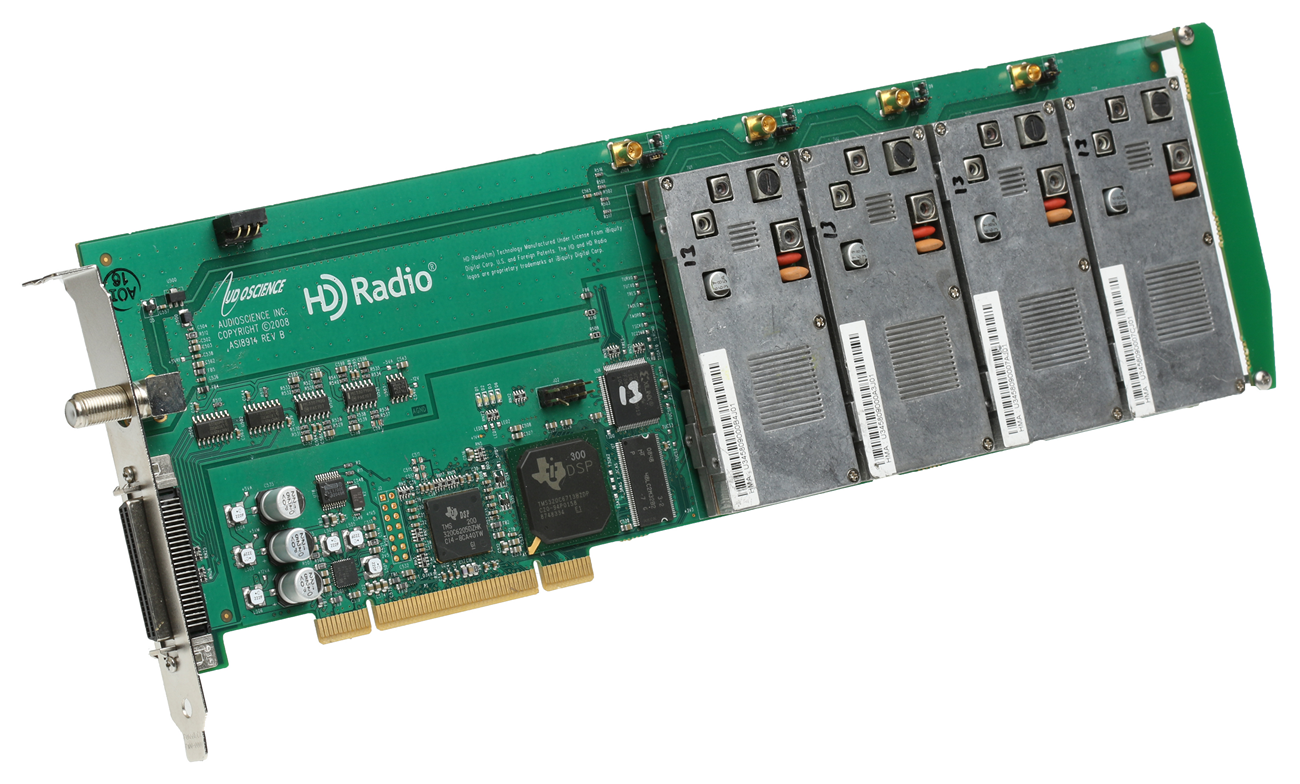 Here's a lightly used HD Radio tuner card that lists for $2,495. It can receive HD Multicast transmissions as well as regular AM/FM stations. It works with HD Radio delivered via the Ibiquity system (ie. the USA mainly), it will not work with the Eureka HD system in most other places.  The card has been tested under Windows 10 64 Bit - seee screenshot below. HD Radio requires a strong signal so a quality rooftop antenna may be needed for successful operation. No cables are included. Drivers may be downloaded from the ASI website - I can provide a link if required. Some suggestions for matching apps are provided below (but not guaranteed by me). Compatibility with other applications is unlikely as this is a specialized device.

The ASI8914 is a professionalPCI tuner adapter designed for use in HD Radio radio broadcastaudio monitoring and auditing. Four different channels of digital HD Radio or analog AM/FMcan be received and recorded simultaneously from a singleantenna input.

Recording formats include PCM, MPEG-1 Layer 2 and MPEG-1Layer 3 (MP3). Using MRX technology, each stream can berecorded at any sample rate between 8 and 48kHz. 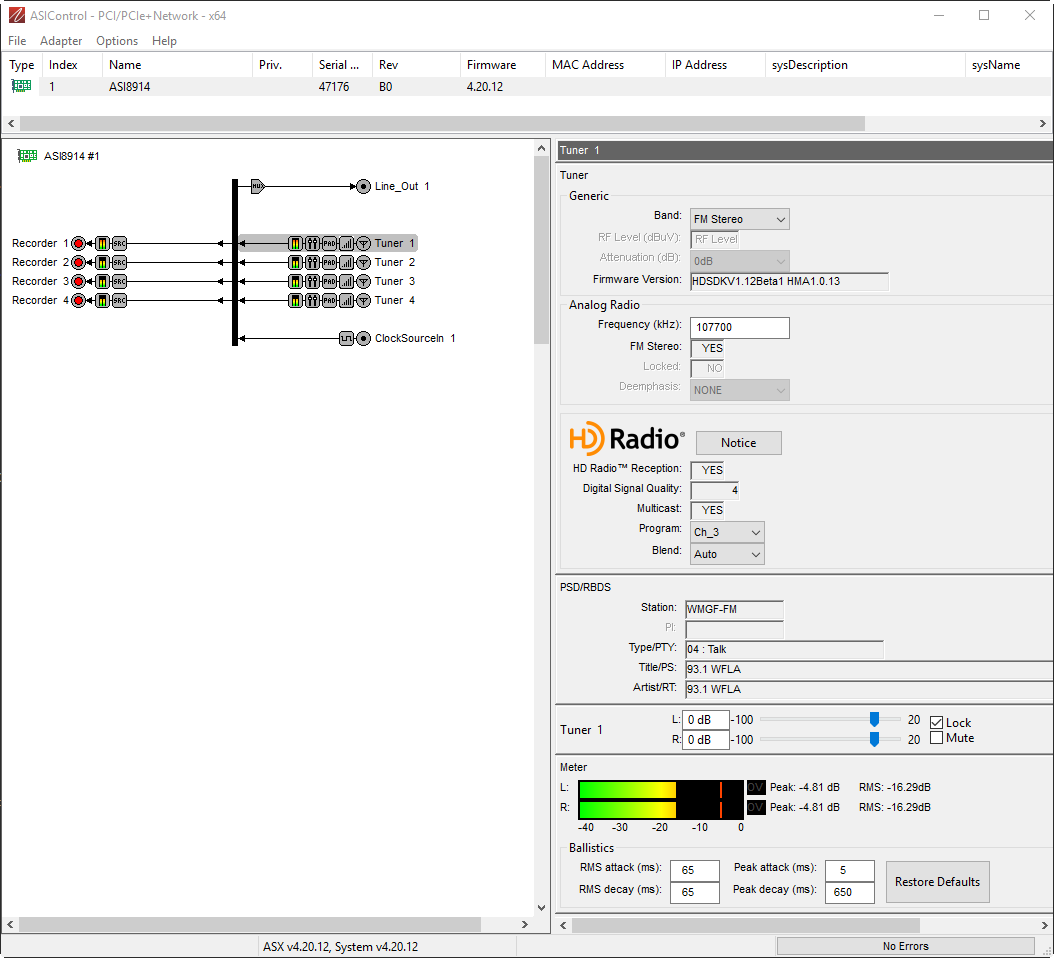 The following companies make logging software that can be used with the ASI8900 cards. Compatibility with other software is unlikely. 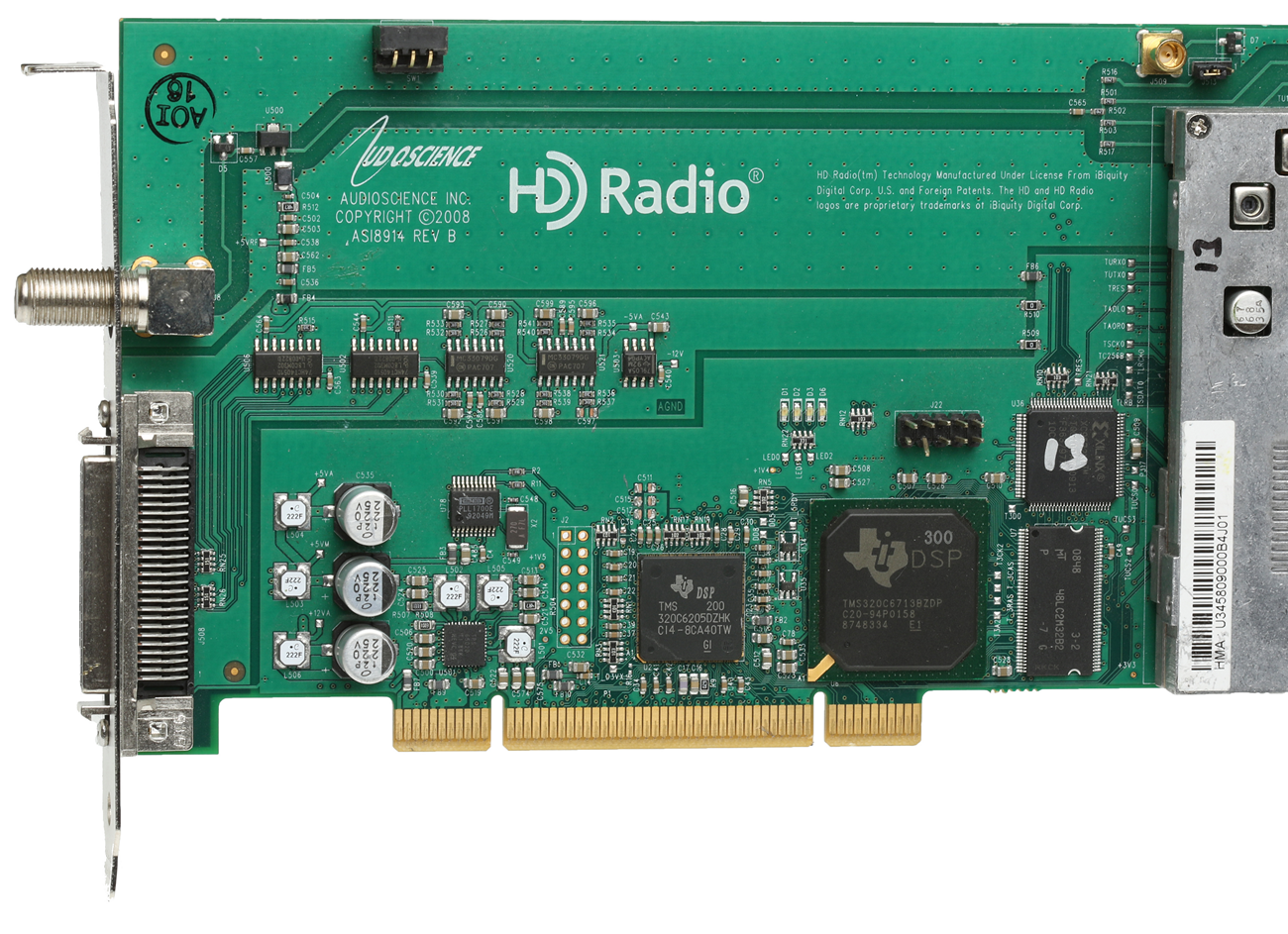 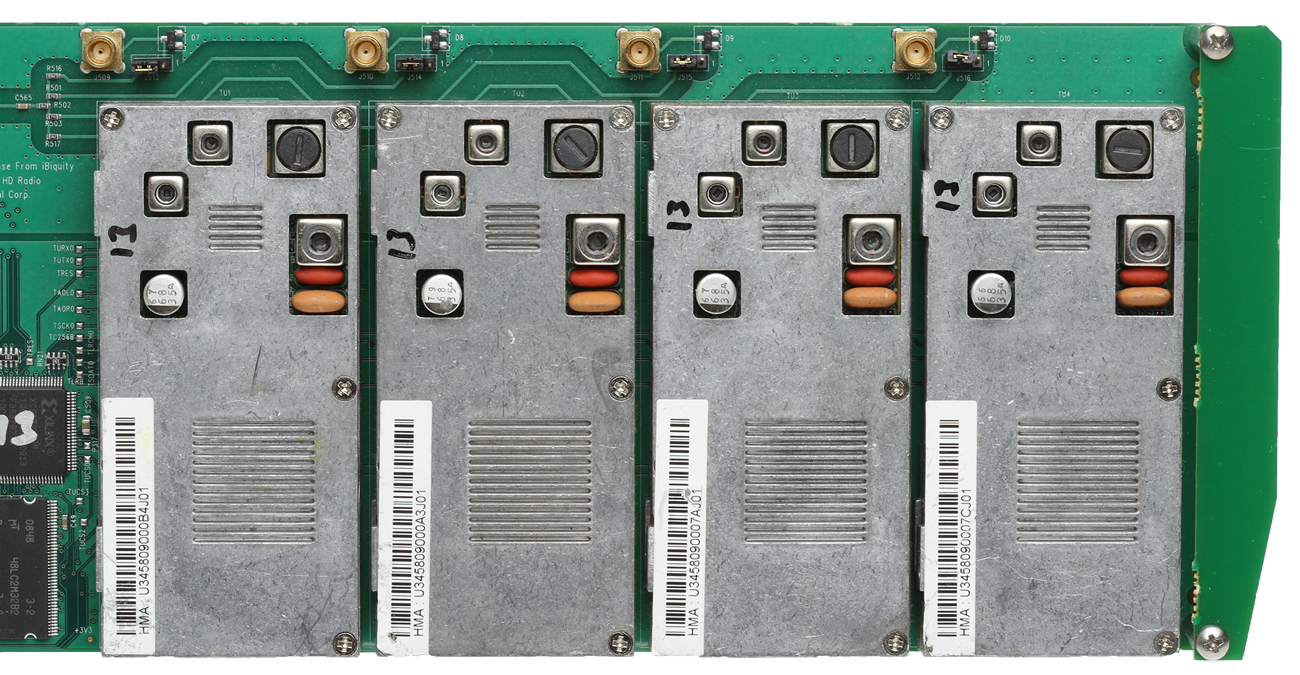 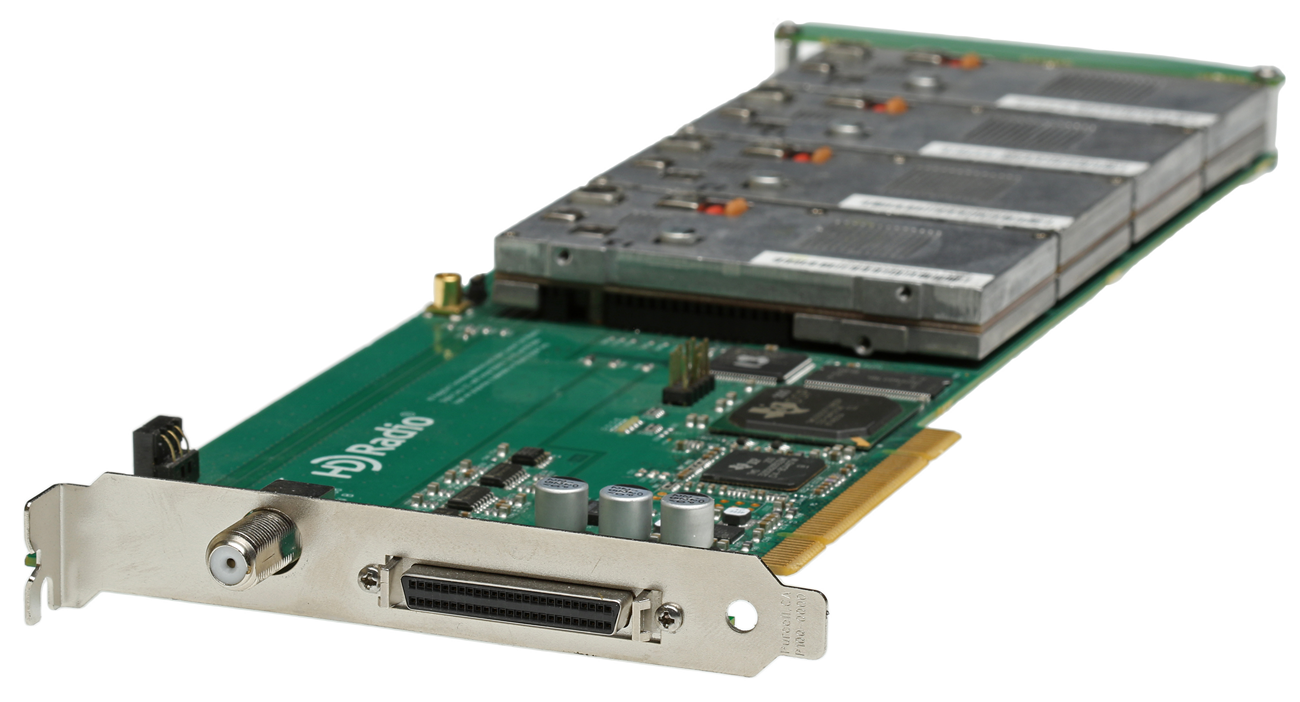