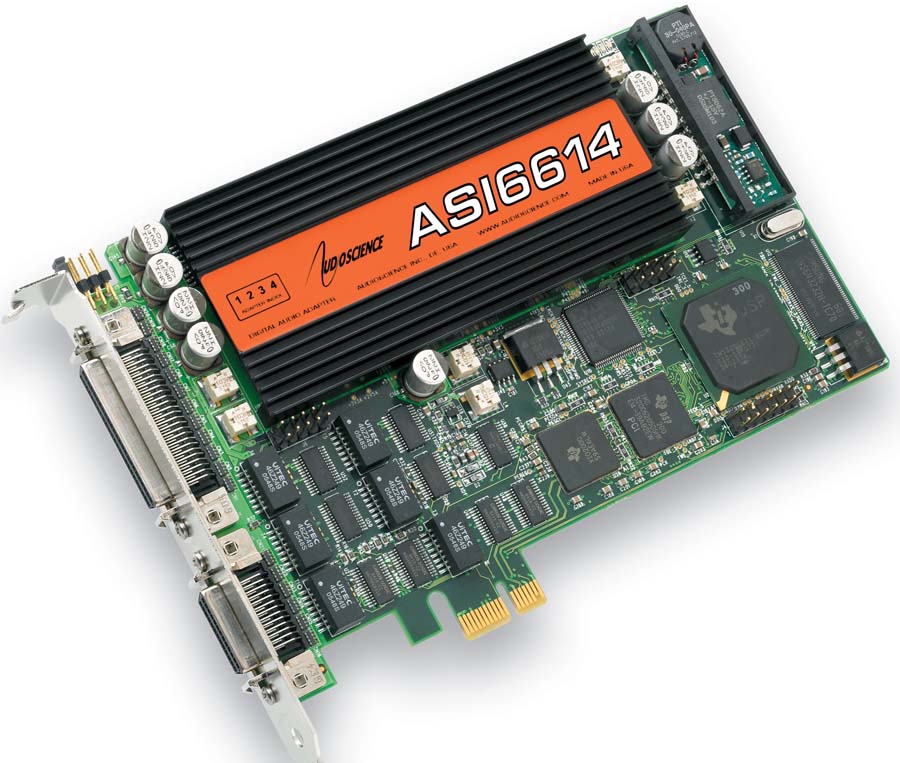 Used and in excellent, near-mint condition.  The card has been tested (see screenshot below) and confirmed to work as it should.  No XLR cable set is included, but I usually have the BOB1024 breakout boxes available (listed separately) which offer a convenient and robust means of interfacing to the card's inputs and outputs. 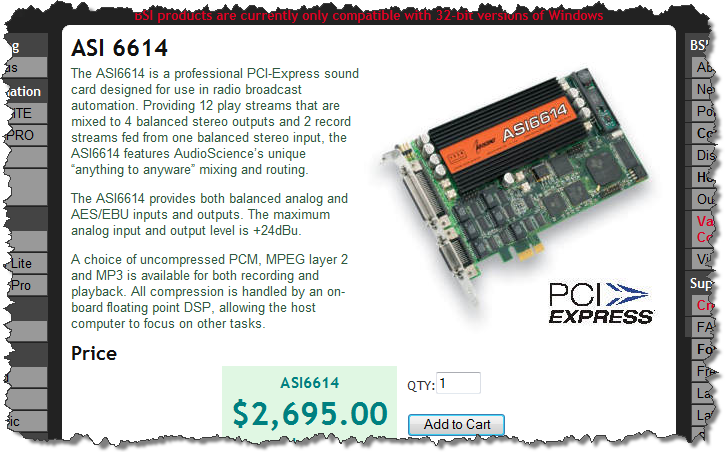 The ASI6614 is a professional PCI-Express sound card designed for use in radio broadcast automation. Providing 12 play streams that are mixed to 4 balanced stereo outputs and 2 record streams fed from one balanced stereo input, the ASI6614 features AudioScience’s unique “anything to anyware" mixing and routing.

The ASI6614 provides both balanced analog and AES/EBU inputs and outputs. The maximum analog input and output level is +24dBu.

ASI6614 functionality includes MRX multi-rate mixing technology which allows streams of different sample-rates and formats to be mixed digitally. TSX time scaling allows compression/expansion of any or all playback streams in real time with no change in pitch. 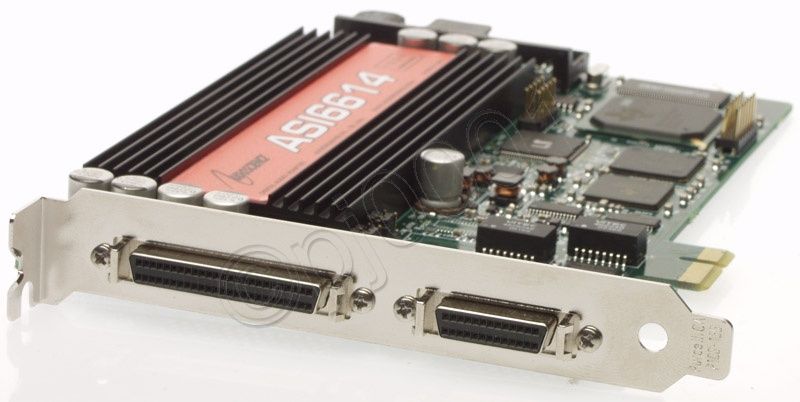 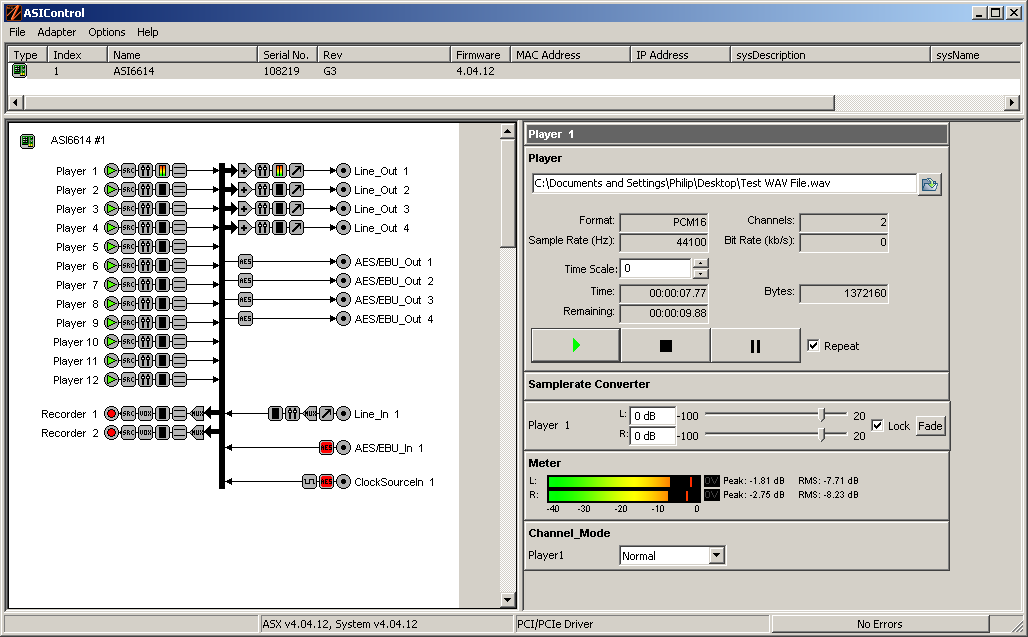